I’ve received some questions about how I made the new minimig logo with the rotating checkered ball, so I thought I’d write something about it for my first post.

The BoingBall is quite famous in the Amiga land, as it was featured in one of the first demos made for the Amiga computer to demonstrate its capabilities at the Consumer Electronics Show in January 1984. It was later used as an official logo of the Amiga. Its roots go even further back, but enough with history. You can watch this video describing how the BoingBall demo came about:

At the time I was replacing the boot code in minimig, and I thought ‘why not add something more dynamic to the boot screen?’ So the idea to use the iconic BoingBall animation was born.

When I was younger, I played around with 3D animation and modeling a lot, mostly with Lightwave on the Amiga and later with 3D Studio running in DOS on a PC. But for this task, a much simpler renderer was used, one that is probably best suited for this task, also one of my favourites – the freely-available POV-Ray. POV-Ray doesn’t have a modeler, you describe the scene in a text file, but for such a simple scene, you wouldn’t need a full-featured modeler anyway.

I won’t go into all the features of POV-Ray language, I’ll just describe the basics needed for the BoingBall animaton. You need three things in a basic scene like this:

You place the camera with a location and a direction statement :

Next, lights – I used both ambient and omni lights around the ball:

And then comes the object of interest – a sphere with a red-white checkered pattern:

The sphere’s texture needed some fixing of the scale and a warp pattern modifier that wraps the checkered pattern around a sphere:

All that is needed now is the animation:

The order of these steps is important in this case – first you apply the texture, than the rotation and the slight tilt the last, otherwise the result will not be what you desired. The clock in the last code snippet is the animation parameter (for a repeating animation you need to calculate how much the ball must rotate in a desired number of frames).

To render this scene, you give POV-Ray some parameters, preferably in an .ini file: 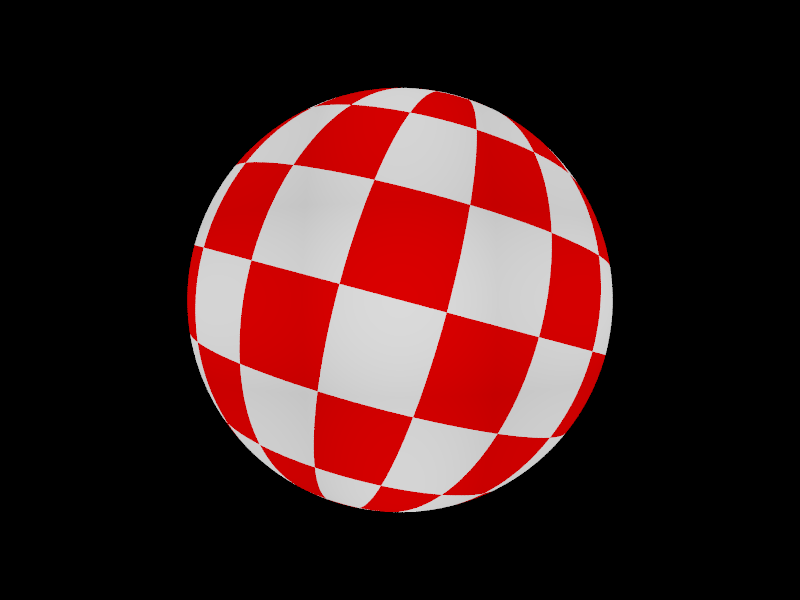 Once you have all of the frames of the animation, you need to parse the image data, transfer it to the Amiga and write a copper list to animate it (yes, the boot logo doesn’t use the CPU, the animation runs using blitter and copper only). But that is a story for another post.